Rogue One knocked my literal socks off. Well, kind of. The day after we saw Rogue One, I was told by a man claiming to be a doctor that I had pretty severe bone spurs on my right foot, so I haven’t been able to put socks on in a few days. Here, for those of you who like pictures of hideous freaks of nature, is an x-ray of my emergent mutant powers: 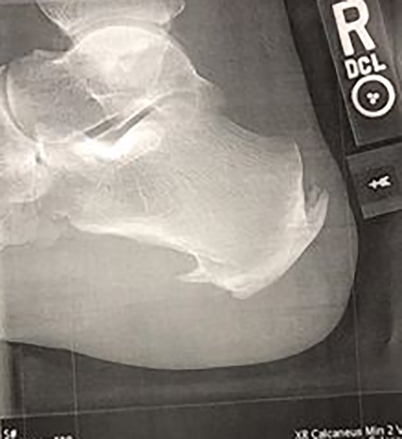 Enough about me, though. STAR WARS. I have loved Star Wars since I was a sad little kid who wanted to see the Rescuers so badly that he cried when his dad took him to see some stupid Space Movie instead. I was furious. I was livid. I was hooked for life.

Yesterday I drew two Star Wars characters I haven’t drawn yet, the Gauvian Enforcer, and then Bobbajo, the cool little merchant dude that wanders around Nima outpost. These were a lot of fun, and there will definitely be more to come! 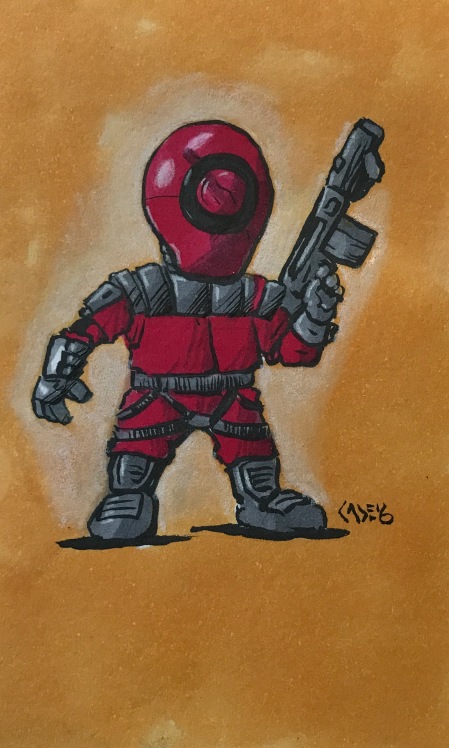 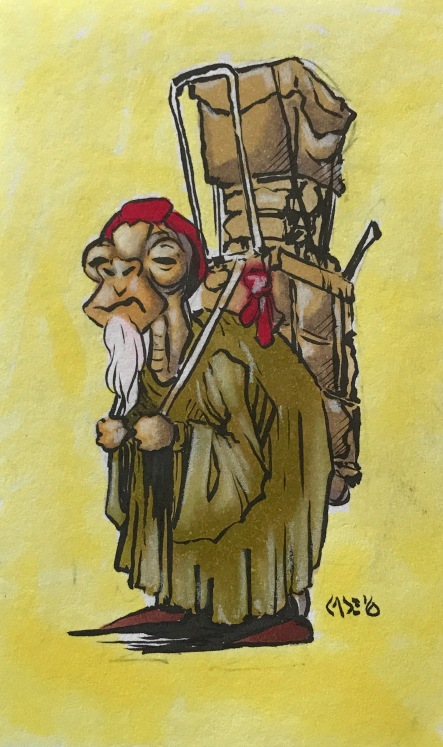 One of the projects I am working on re-imagines the Batman mythos, with Bruce Wayne as the psychopathic one percenter who gets his kicks by dressing up in body armor and beating on street people in the slums of Gotham.

Selina is a young woman with a mission: She has been gathering up and caring for the feral cat population of Gotham City. The little warehouse space she shares with her feline wards is cold, and feeding so many unwanted cats gets expensive. Selina is not above petty theft (and the occasional bigger heist) to keep the kitties fed.

Harvey Dent was once the hot-shot District Attorney playboy of Gotham City. He was assigned to prosecute Boss Sal Maroni, who offered evidence linking the heads of the Wayne Foundation to organized crime rings throughout the city. Unfortunately, the courtroom was the scene of a horrific terrorist attack that left 17 people, including Maroni, dead. Harvey Dent was assumed killed in the attack as well; the truth may be worse.

Harvey Dent has been wandering the alleyways of Gotham’s slums, fighting a one-man war against the petty thugs and drug pushers of the city’s underbelly. The fate of his victims is determined by a single flip of his lucky quarter.