The second part of the Nighthaunt project is this pair of ponies, which turned out waaaay better than I was hoping for!

I used my airbrush to blend a nice earth tone brown into an eerie green, then pulled out some ethereal highlights with a light blue gray. Then some rust effects for the metal, and I’m calling them good to go!

Next up, I’ll share the leader of this motley group! I have a ton more Nighthaunt I should finish up, they really are a lot of fun!

I’m not a huge fan of Games Workshop these days, but I do have a weakness for about a third of the catalogue. The spin flier, weirder, and more far fetched the figure, the more likely that they’ll end up on my paint bench.

The Chainrasp Horrors weren’t the first Nighthuant models that I bought, but the were the first I finished! I employed a unique (to me) color scheme, and really had a lot of fun painting.

The weapons all got some fun rust effects, and a little dark glaze pulled the paint together! The bases were from a Patreon that I support, and the end result put a smile on my face!

Next up, ghost ponies!

Jackson hired me to paint up this awesome Ash mini from Hasslefree Miniatures, a pretty neat indie company out of the UK. It’s a great little resin fig, with options for the chainsaw hand, a hand with an ax, and a samurai sword if that fits your mood. Best of all, they got Bruce Campbell’s chin perfect…

I have a concept for a card game swimming through my head, and it needs some mad scientist types. I could do your standard “Victor Von” tropenstein crap, but I want to see more lady types in games. And everything. Cause ladies rock.

So, here’s Victoria, or Vickie as she’s known to her assistants:

Starting on the 19th of December, Skyrgámur descends from his mother’s volcanic cave and wreaks havoc on the poor, humble folk that leave their Skyr unattended. Skyr. Mighty cultured dairy product of the gods. It’s like thick yogurt, but less intensely flavored. 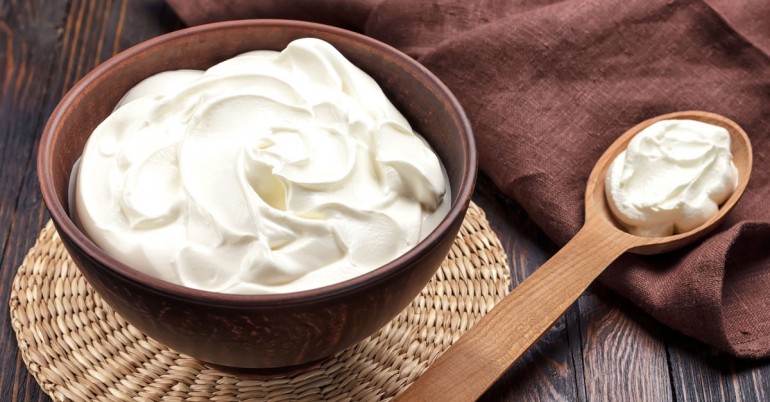 Skyrgámur, like all of the Yule Lads, loves to menace the common folk. His prefered brand of menace seems a little passive compared to, say, Stekkjarstaur, who loves to harass sheep. Skyrgámur just likes to break into people’s houses and eat all of their skyr. His name literally means Skyr-gobbler. I’m starting to think old Gryla was running out of ideas for terrible deeds for her sons to commit by the time Skyrgámur came around. Then again, he does have a brother who licks spoons, so maybe Gryla just has a skewed sense of menace.

Still, I imagine if Skyrgámur came calling with his assembled brothers and that infernal Yule Cat, things might get a little freaky.

I used to manage the entire overnight operations of the banking arm of a Fortune 500 company. I was promoted to the position because I could see inherent flaws in certain types of operational practices and came to the table with multiple solutions that might work to solve that problem. Said company was impressed, and thought “let’s give this guy a team comprised of student loans specialists, as well as a smattering of investment ninjas from the consumer banking department.” There was a parade, balloon animals, and all was good in the world.

That was, to put it bluntly, the second worst decision made in any of my vocational arrangements. The first worst decision was me accepting the job. I am not in any way a Leader of Men. I don’t have a lot of compassion for people who don’t want to work, and I have little patience for laziness. I work my ass off, and if anyone is working with me, I expect the same. I don’t work well in the traditional American Corporate Management structure because I don’t want to babysit, coddle, or motivate anyone… I just want to get the job done. Quickly, and in a preferably efficient manner.

The first realization that they had made a terrible mistake was when they had me take the Carnegie Strengths in Business test. The typical Strengths that a strong manager would have were WAAAAAAY at the bottom of my list, whereas problem solving traits were towards the top. Something called Ideation was the giant cherry on top.

What is Ideation? Well, it’s a mindset that is always thinking of new ways to do something, or just new somethings in general. I do it all the time. I am doing it right now. Imagine, now, working for someone who isn’t in the slightest bit worried about how your work performance is today, because he’s thinking of ways to streamline the way you do your job in the future? It’s a trainwreck scenario for a call center. For a creative job, though, it’s pretty cool. It’s the kind of thing that turns a mundane afternoon of reading history into the life and times of vampire Andrew Jackson.

I am self employed. I get to make decisions that could make or break our business, and that keeps me pretty motivated to stay on task and keep things moving. The only time it gets bad, though, is when my brain starts working on something else altogether. We might be working on new menu items for the restaurant, but my brain is trying to figure out how to work a gear on a puppet. I don’t make puppets, but my brain is trying to work it out. I have to shove that aside right now, and focus on the task at hand.

Here’s the problem, though; I have this idea for a game literally rampaging around the brain right now. Yesterday, it was a variation on the traditional Rummy card game, but instead of face cards and number cards it would have been body parts and sabotage cards, with the goal of laying down a stitched together monster before your opponent can sabotage your lab. Today, it’s a deck building game. (I don’t know anything about deck building games…) Tomorrow, it might be a traditional board game with dice and pawns. By next week, it might be a fully interactive RPG using puppets (what is the deal with freaking puppets this week?).

This is the curse of the creative process. Don’t get me wrong, I’m not complaining. It’s a huge part of what makes me who I am, and part of how I go from drawing a graphic novel in July to having a published coloring book in August. The creative ammunition is crammed in there, waiting to be fired off. I just need to aim a bit.

The wonders of the internet, folks. Seriously. I have been slogging through Shopify for the last few days, uploading art files for shirts and other goodies. When I got to this one, though, I just had to share! I am actually buying this for my own phone… I LERVE IT. 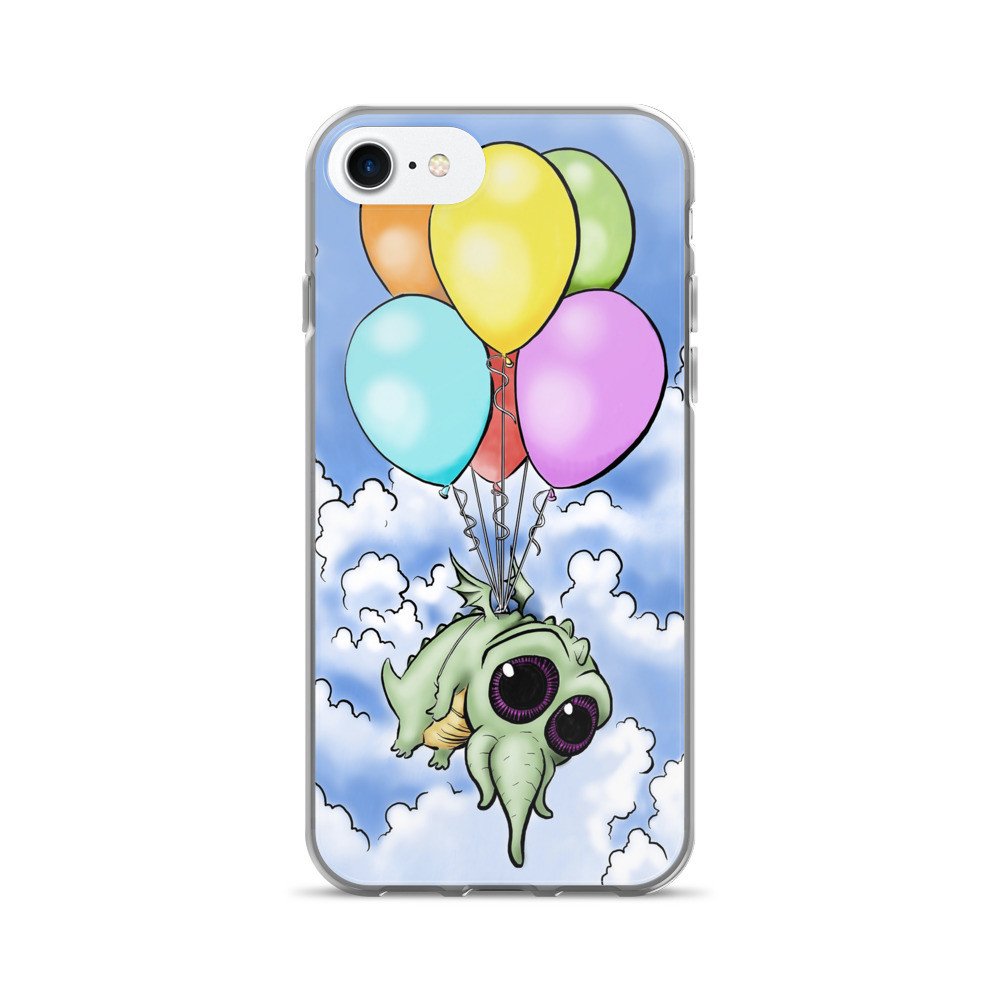 It’s already one of my favorite pieces that I have done, and being able to protect my super-sweet iPhone with it? SOLD.

Anywho, Shopify is pretty cool. It might be the smoothest, easiest to set up, goofball proof system I have played around with. I would seriously recommend it to anyone who is looking for a good plug and play e-Commerce solution. I’ll break it down a little more in a later post.

If you’re interested in this item, or some pretty cool Gorinka shirts, please feel free to click the “Grimmleighs Custom Tees” link on the right. I will be posting new stuff there weekly!

I was working on a mermaid concept for the mythology book last night, and realized that I didn’t want your standard fish lady to represent the Undersea Realms. So, I looked up a bunch of different fish and got really into the lionfish. They are pretty amazing to look at, and have some really neat spines, patterns, and colors. I decided that the lionfish would be the basis of my mermaid design, and here she is: 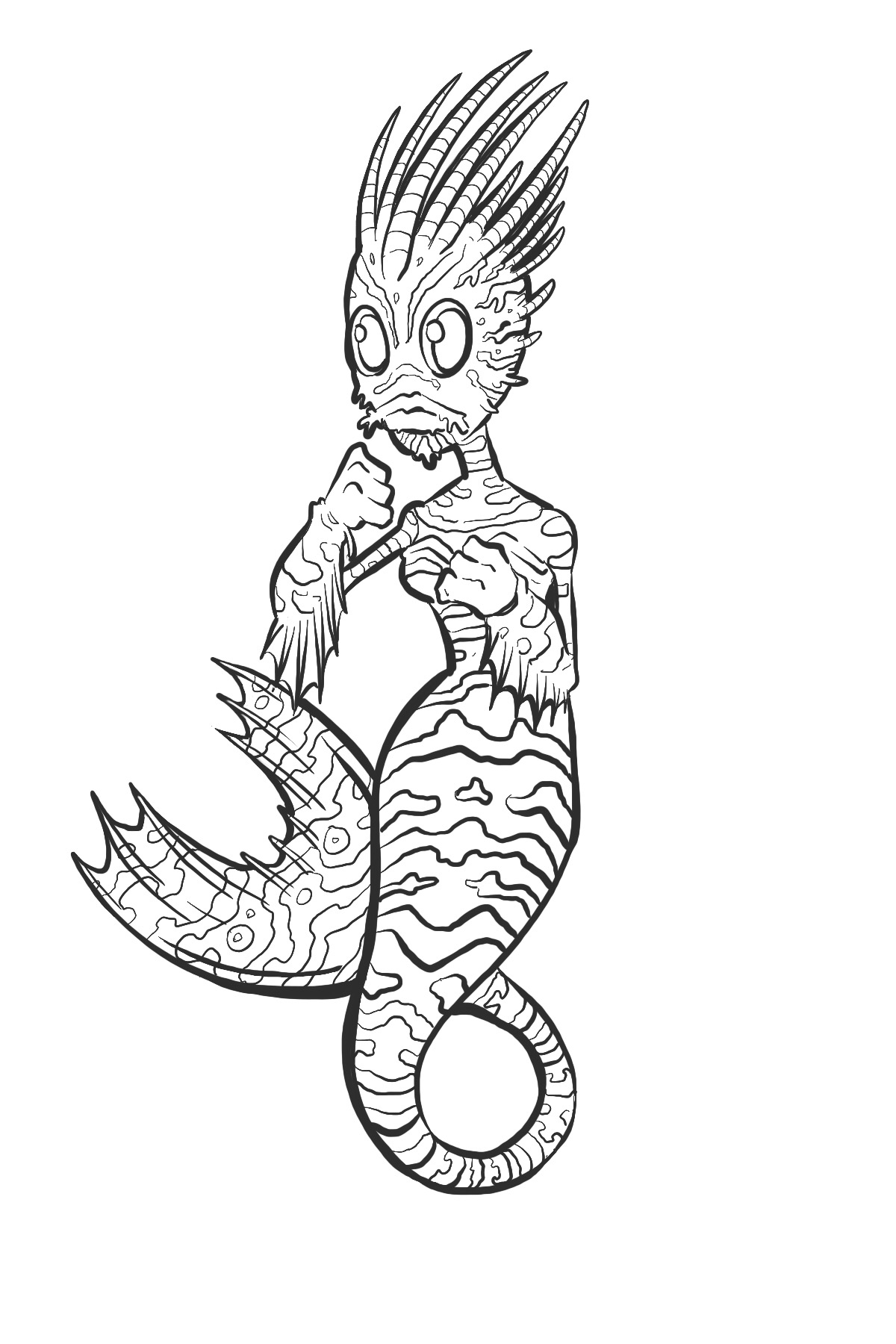 I still need to work out a background image for her, it’ll probably be a shipwreck of some sort or another. My grandfather loved old sailing ships, and I inherited a little of that. I love the haunted mystique of a wrecked ship on the sea floor.

A few weeks back I posted inks for page 25 of Morbid Stories for Dreadful Children, and today I have the shaded page finished. I played a bit with the paint settings in ProCreate, and really like how the textures came out! Enjoy!

Water is hard. I don’t mean in the jump-from-too-high-go-splat sort of way, either. It’s hard to draw. Fluid, in general, doesn’t like to be constrained to two dimensions.

The latest pages from the Miller’s Daughters see the ultimate demise of poor Ophie, and that meant some water needed to find its way to paper. It turned out pretty nicely, and will be even better when I add shading later this week!

The second page shown is the Rake, sauntering off out of the woods, his murderous mischief quite managed.