About two years ago, my family was in crisis. We owned a restaurant that was doing its very best to sink any possibility of us having even a drop of financial security. So, I dusted off my miniature brushes and started accepting painting commissions again.

Turns out this was a massive mistake. Trying to keep a freelance business organized while your actual livelihood was crashing and burning around you? Not an easy thing to pull off. And I in no way pulled it off.

My friend Jeff hires me to paint a bunch of Pan Oceania minis from Infinity. He payed up front, which is something I try not to accept. Why? Because I might flake out, maybe screw up and not finish the job for a couple of years or something.

Now, it’s not all bad. Jeff actually hired me to work at his awesome game store, and it’s still the most fun I’ve ever had at a job. But I painted a lot of Pan Oceania minis while I was there. Probably more than a hundred. I started having nightmares about the particular blue Jeff liked.

Now it’s nearly two years later, and I finally finished the last of that commission. It’s sad, though, because Jeff is a friend and I should have finished this months ago… and I’m not entirely sure if these are all his figures to begin with!

These might be the last Infinity figs I paint, too. I’m pretty burned out on Infinity. The models are amazing, but I always feel dumb when I play the game. And Corvus Belli made some funding decisions that I’m not a fan of, so back to the stuff that I really enjoy painting!

Then again, they really are sweet looking miniatures! Gah! Indecision is tough!

Here are the rest of the punch-ups on Jeff’s Shock Force army! After these, I will be finishing up the rest of his army from start to finish. I am especially happy with the Dragoes, it’s such a wickedly cool looking Mech, and it really wants you to paint it well! 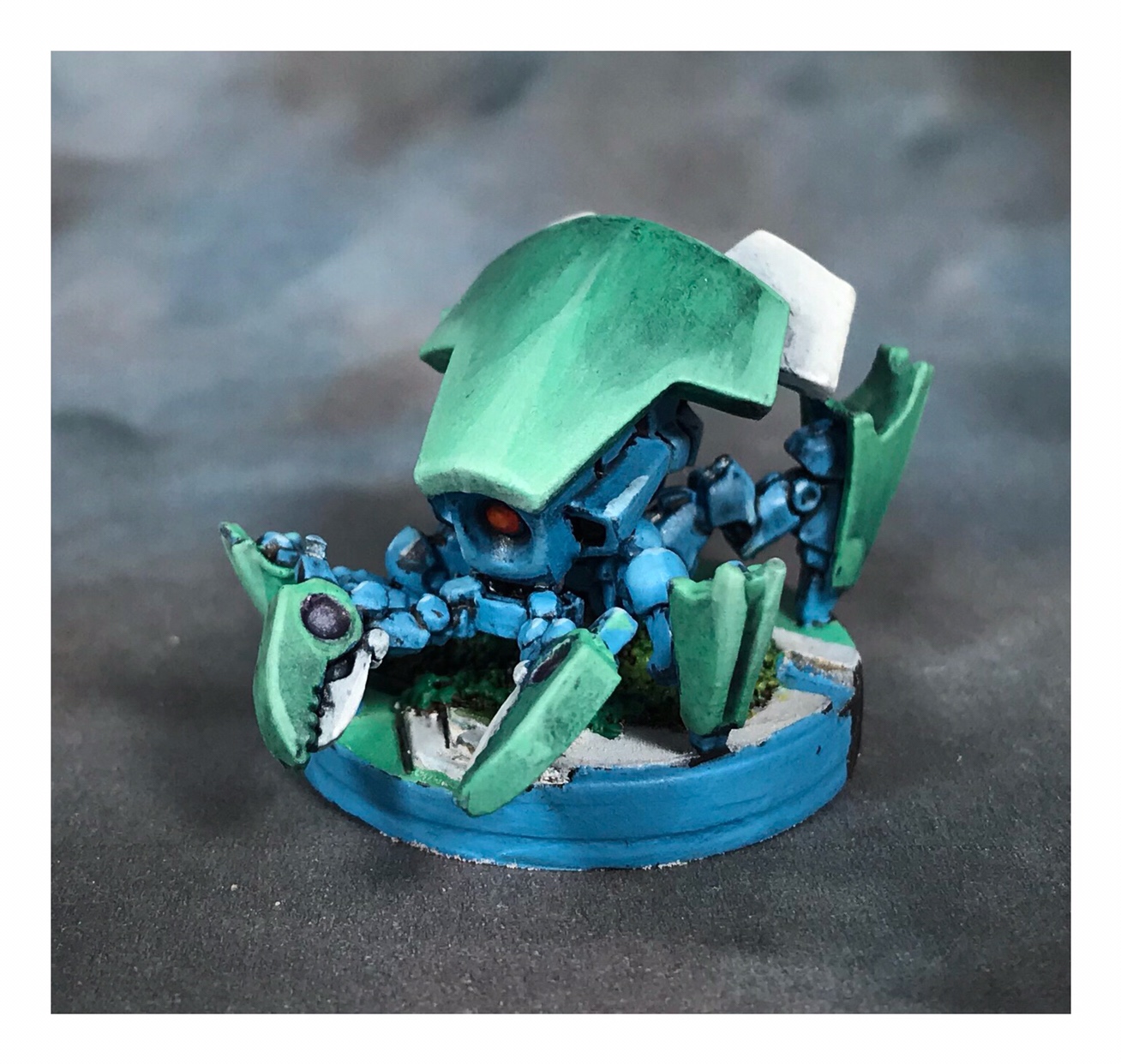 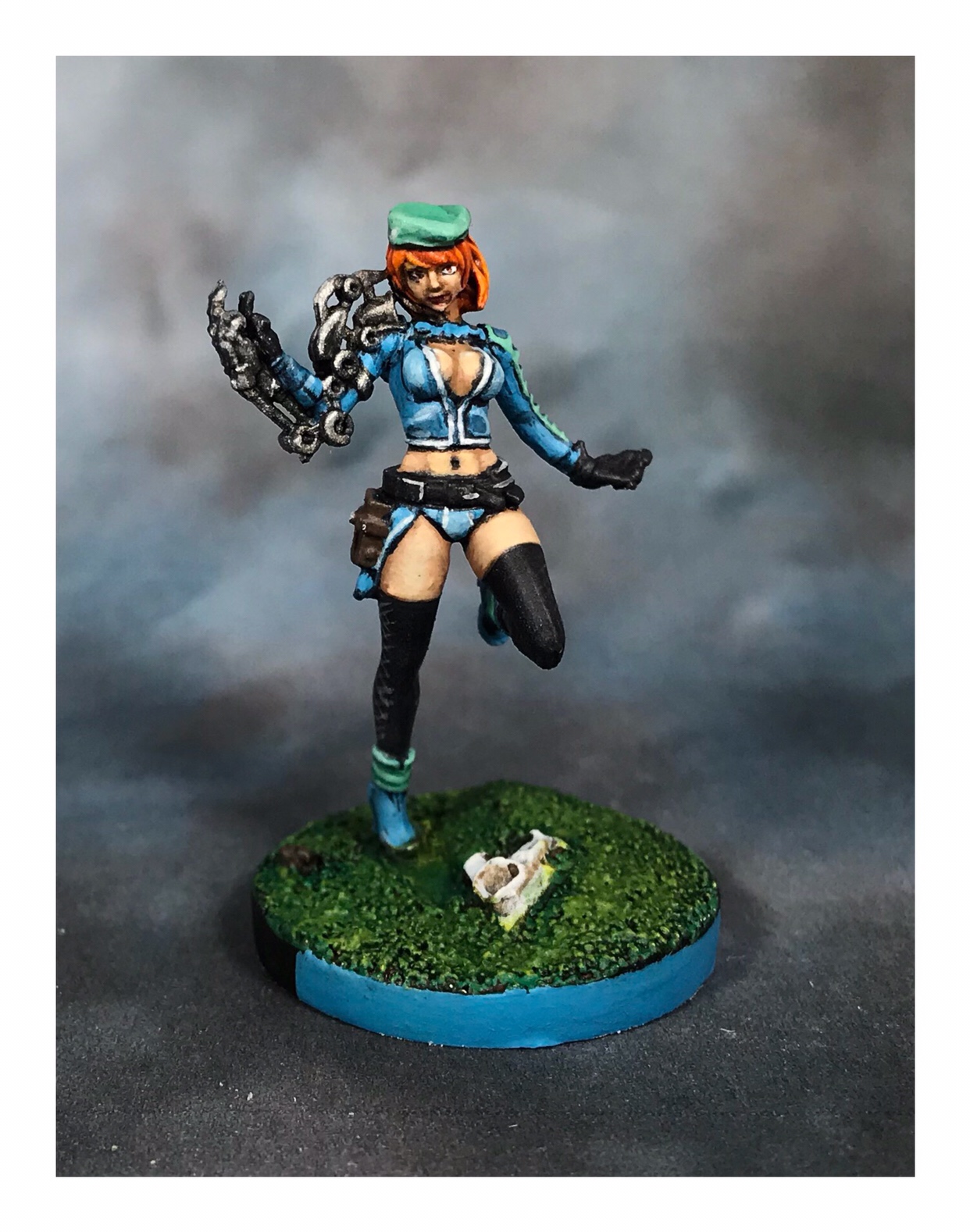 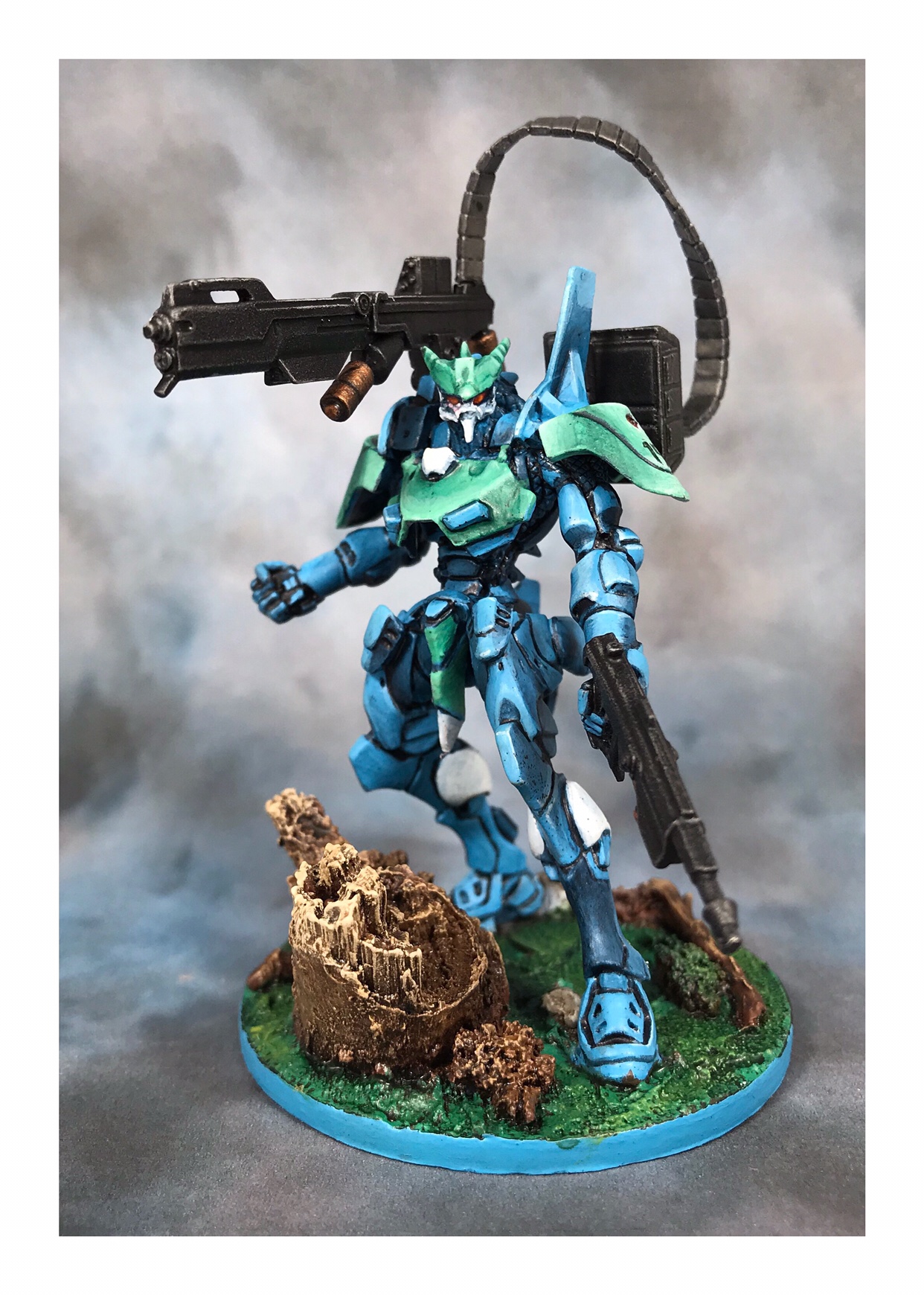 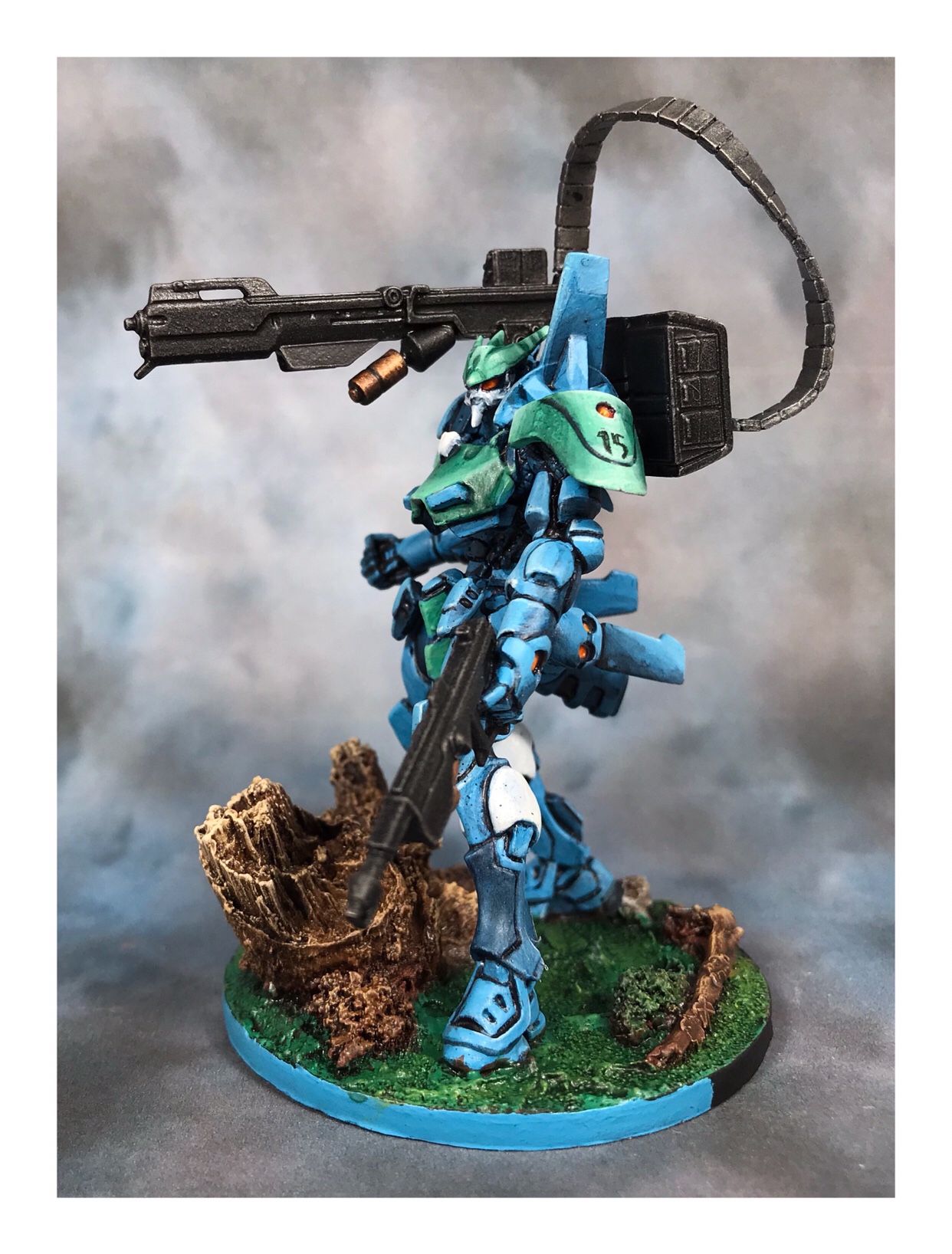 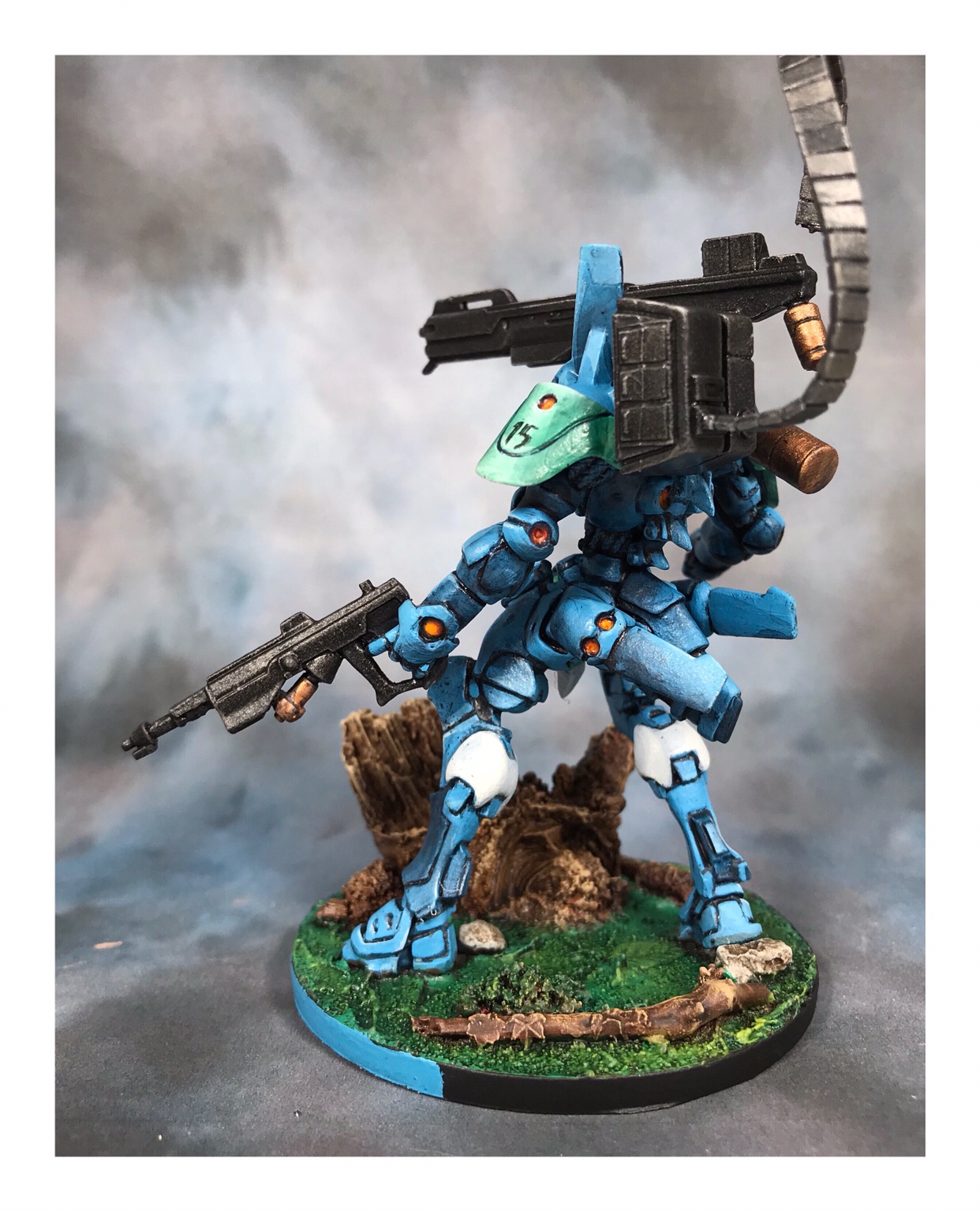 Jeff recently commissioned me to punch-up some Pan Oceana miniatures he has. He already did some really solid color work, which made layering in the shading and highlights a lot of fun. 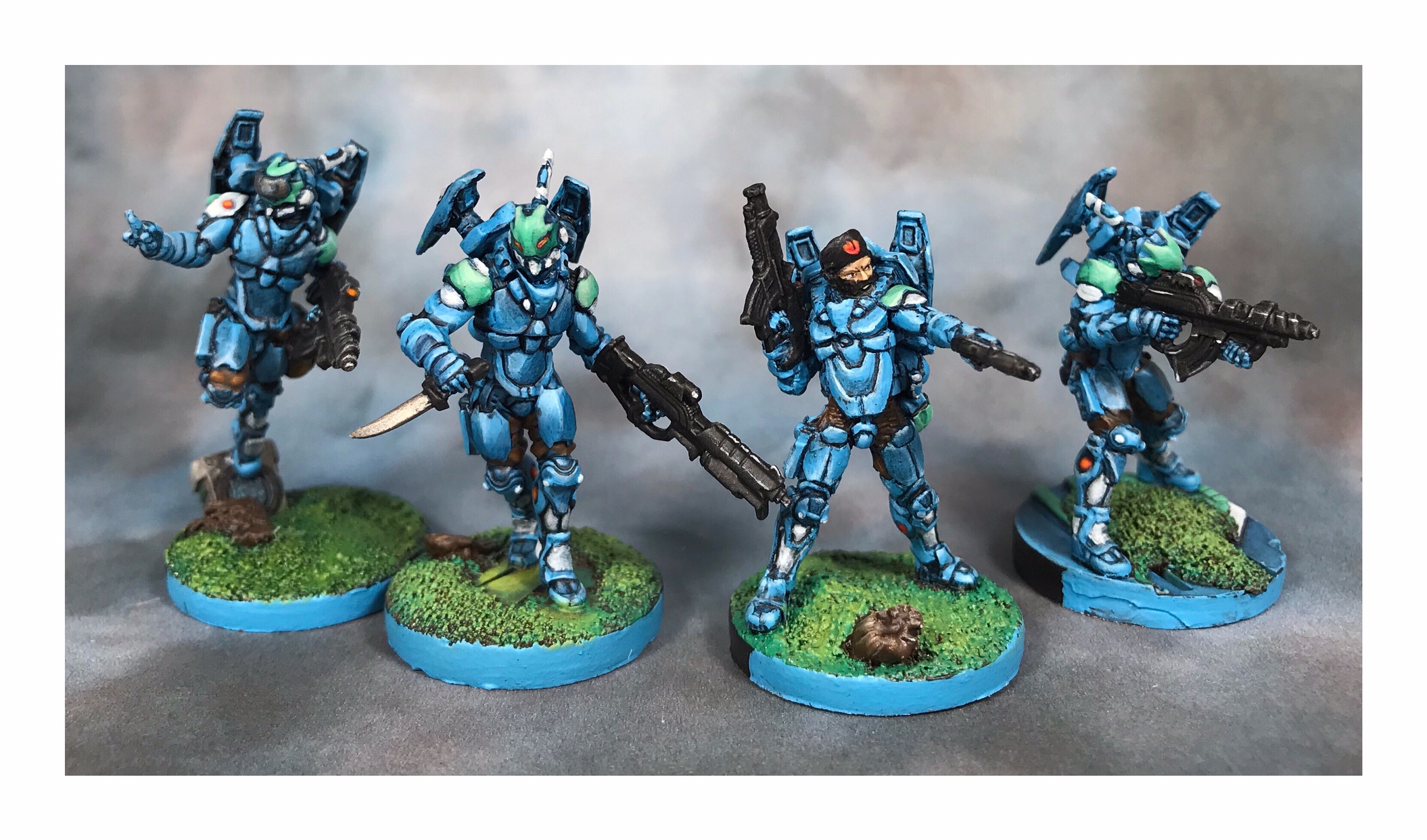 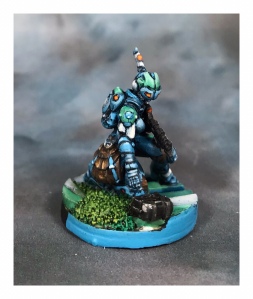